This afternoon my brother-in-law, Roger Townsend was in a bad car wreck. It took them some time to get him out of the vehicle and then transport him to the Greenville hospital. After several tests and cat scans they feel he has several broken ribs but that is all. They sent him home and as you can imagine, he will be in a lot of pain for several days. It certainly could have been much worse.
They were traveling north on Hwy 8 from Easley to Pickens when a lady either drunk or on dope came over the hill in the far left hand lane of a four lane highway. She hit a pickup head on then a second car, before then hitting Roger and his wife. Janice, Roger's wife was driving and managed to swerve enough to keep from hitting head on but that left Roger pinned in the car until the rescue unit was able to get the doors open.
We thank the Lord He was watching over them and they weren't hurt any worse.
Posted by Fred Kindhart at 11:16 PM 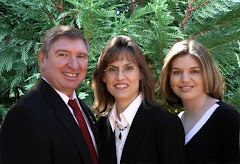